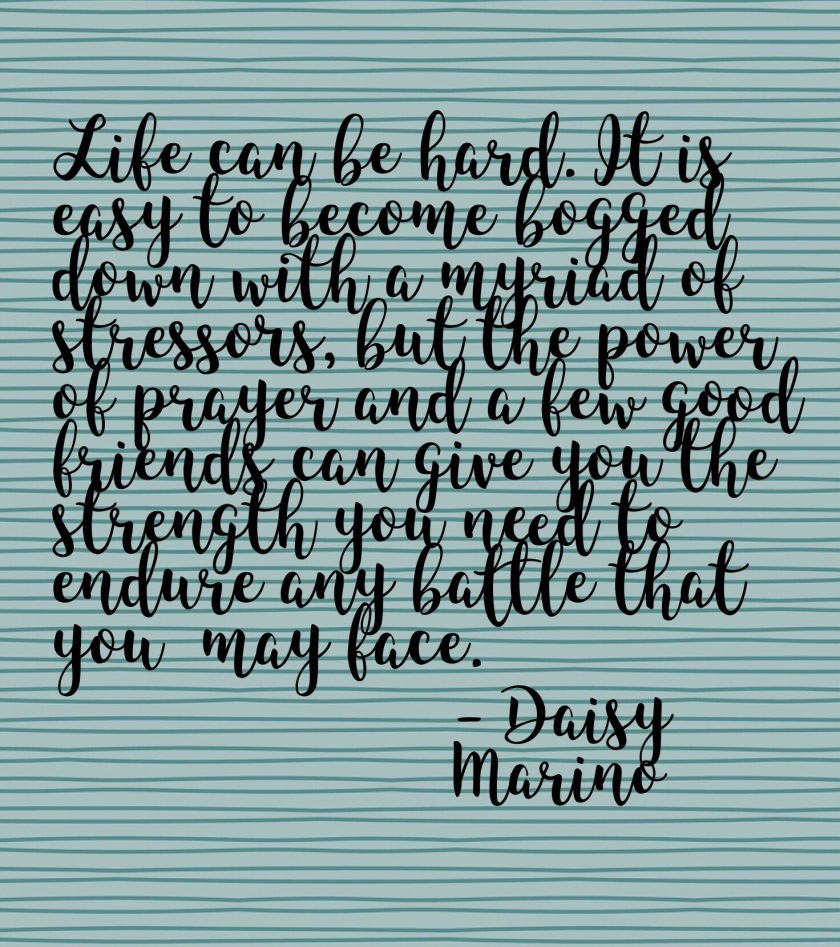 Prayer and friendship – two important constants that keep me going. Life can be hard. It is easy to become bogged down with a myriad of stressors, but the power of prayer and a few good friends can give you the strength you need to endure any battle that you may face.

Prayer and friendship hold you steady when the world wants to shake you from the inside out. Just take a look at Moses when he was caught in a battle with the Amalekites. First of all, quitting was not an option. The second he stopped praying, the second his arms began to droop, the Amalekites would begin overpowering Joshua and his men. Moses HAD to pray. And pray. And pray some more.

You can imagine the fatigue that set in after holding his arms up for that long. Prayer at this magnitude is no joke. The mental and physical anguish can take a toll on you like nothing you’ve ever experienced. However, Moses had two amazing friends that stepped up to the plate. Aaron and Hur literally held his arms up in prayer position in hopes that Moses’ strength was conserved and that he could endure until the end. In that moment they selflessly took the weight of the world off of his shoulders. That’s the epitome having someone’s back.

I have some amazing friends, guys. People that drop every single thing to stand in the gap for me. People that hold me up when I can’t stand any longer.
Today, pray hard for your friends. Lift them up. Tell your battle partners that you love them, and don’t forget to thank God for placing these beautiful, incredible souls in your life.

“When Moses’ hands grew tired, they took a stone and put it under him and he sat on it. Aaron and Hur held his hands up – one on one side, and one on the other – so that his hands remained steady till sunset.” – Exodus 17:12