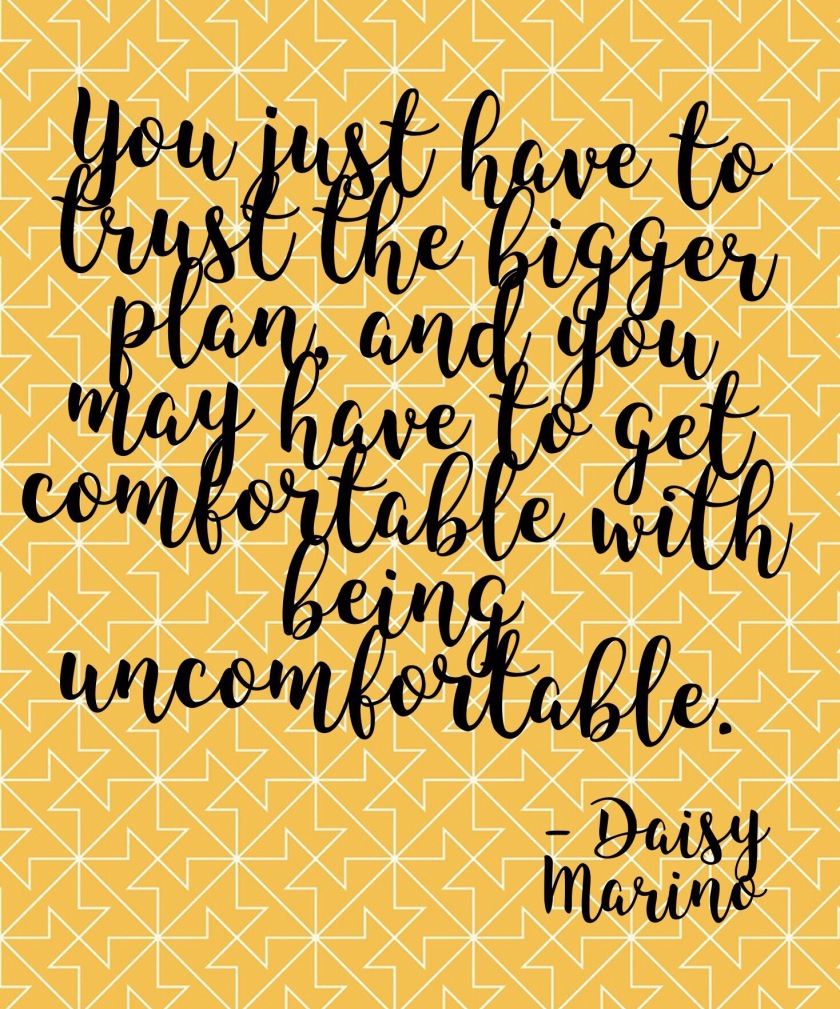 Devoted. That’s how I would describe Ruth. After losing her father in law and her husband, Ruth found herself in a pretty destitute situation. Naomi knew they were facing hard times, so she released Ruth to go back to her own home and family – a land, that in a time of famine, had been given food and drink. Ruth would have been so much more comfortable there; however, she clung to Naomi’s side.

The thing about Ruth is that when times got scary she didn’t turn back. She chose to stay in a foreign land with Naomi. They were not sure if they would eat. They were not sure of their safety. Some would call this reckless abandonment. I call it a total faith in God, and that’s not reckless. At all.
If you keep reading you will eventually see that Ruth’s 100 percent commitment to following God’s plan played a huge role in Biblical history. Staying led her to Boaz who became her husband. She then became the mother of Obed. Obed became the father of Jesse, and Jesse became the father of King David. Keep on going down that line of genealogy and you will end up at a man named Jesus. Yeah, how awesome is that!

You may not understand why you are going through what you’re going through. You probably don’t know how God is going to use this mess for His glory; however, the Bible shows us time and time again where God uses sticky situations to further His Kingdom. You just have to trust the bigger plan, and you may have to get comfortable with being uncomfortable.

“But Ruth replied, “Don’t urge me to leave you or to turn back from you. Where you go I will go, and where you stay I will stay. Your people will be my people and your God my God.” – Ruth 1:16